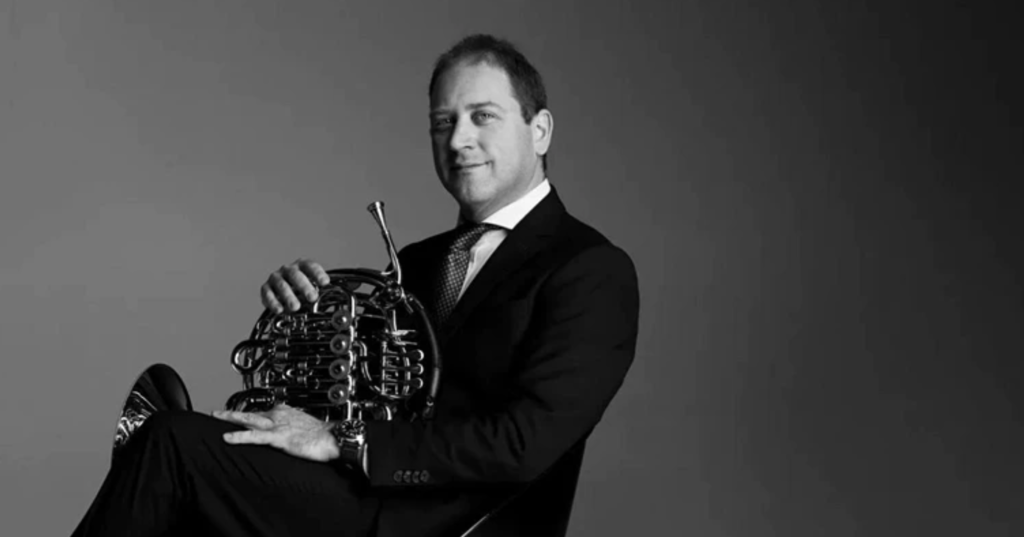 One of the UK’s finest hornplayers, Martin Owen looks at the topic of “Phrasing” particularly in unfamiliar and contemporary works.

This event is free but you must book your place here:

Martin Owen is a Fellow of the Royal Academy of Music, where he is Professor of Horn, and has given masterclasses at institutions including the Hans Eisler Berlin, Maurice André Academy Valencia, Conservatorio de Santiago de Compostela, USC and UCLA in Los Angeles, as well as being coach to the horn section of the European Union Youth Orchestra.